Well it's Friday, where has the time gone this week? If I'm being honest I think I've spent a considerable amount procrastinating! Is it something you're guilty of? I hope I'm not alone.

At the beginning of the week I had two deliveries of goodies to play with and a stamp from a good friend who is in the process of setting up a new stamp and crafty goodies company (Rosie McStone Studios). To be truthful as much as I love the stamp, it's not something I'm used to working with so it threw me a little. As a teenager, I used to sit for hours drawing skulls of various descriptions in Art club but how does that translate into a card, surely skulls are for Halloween? Anyhow, I've persevered and come up with three creations to date, although one is waiting for a new arrival before it's completed. Truth be told I have another very special friend who I know would appreciate the colourful skull design for his birthday so I'll keep it in mind. 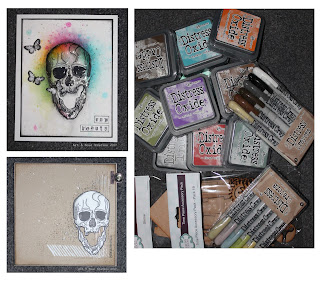 As for my delivery of goodies, I'm yet to start on those but I'm hoping to have a play next week. My desk is covered in another project which I began at the start of the week and put aside to play with skulls. I'll be back to show you how that progresses. 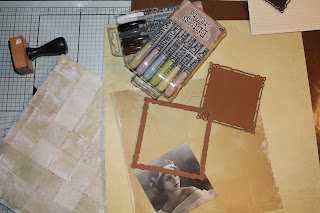 Have a great weekend and fingers crossed the sun will shine - it's raining here at the minute! 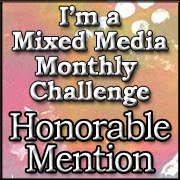